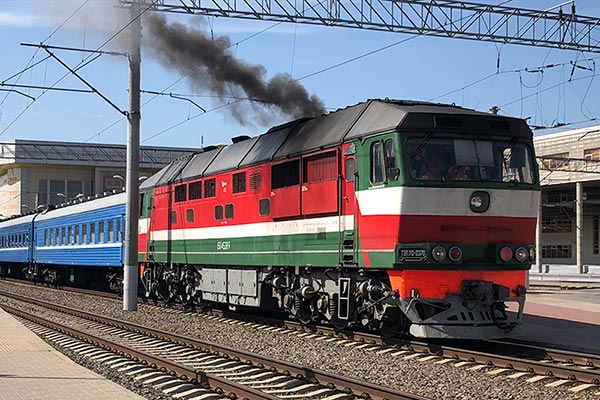 Caption - Belarus Railways (BCh) 4000 h.p. TEP70 class Co-Co diesel no.0370 at Minsk station awaiting departure to Gomel. This large class of Russian gauge (1520mm) locos were built between 1970 and 2006 and were loosely based on the Hawker Siddeley "Kestrel" prototype built in 1967 for testing on British Railways. This loco was sold to the USSR in 1971 and re-gauged. Kestrel provided many technical innovations for Russian Railways which were used in the TEP70's. Note the massive proportions of these locos, which are about 1.5 metres higher than the British loading gauge.