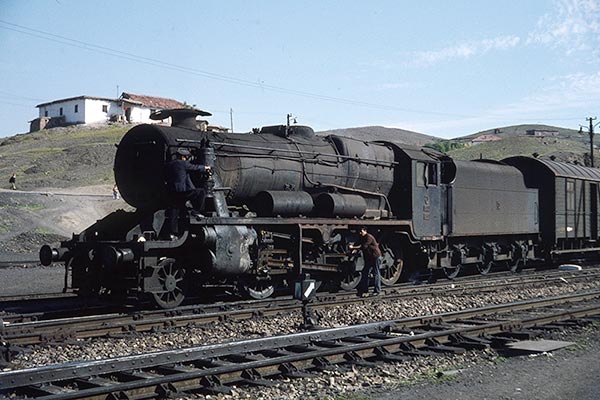 Caption - Turkish Railways (TCDD) 2-8-0 45161 is seen at Irmak depot in July 1968. Built in the UK by North British in 1941 for the War Department using the tried and tested LMS 8F design, this loco was originally numbered in the WD lists as 362 and later as 522. At the end of the war this loco and 19 other 8F's worked in Turkey where they were nicknamed "Churchills". Towards the end of steam, they were relegated to shunting and occasional pilot work and the last survivors could be found at Irmak and Cankiri on the line up to Zonguldak where they were dwarfed by the American built Skyliner 2-10-0's.