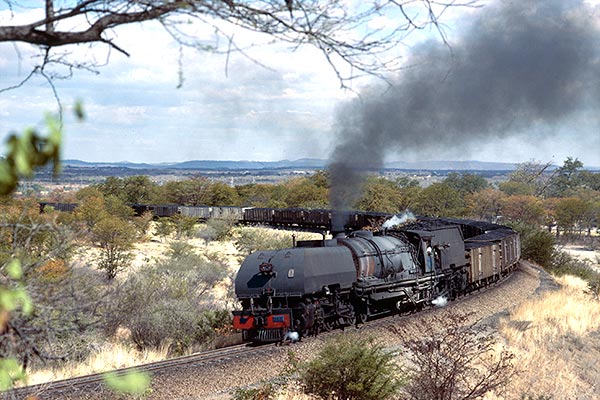 Caption - Zimbabwe Railways (NRZ) 20A class Garratt 745 "Insiza" heads a heavy coal train from Thomson Junction to Bulawayo in July 1984. The train is seen just below the Baobab Hotel, Wankie, which was a popular resting pace for enthusiasts. 745 was one of a number of these wonderful locos to receive a major refurbishment in the 1980's and was originally numbered 738. It was built by Beyer Peacock in 1957.