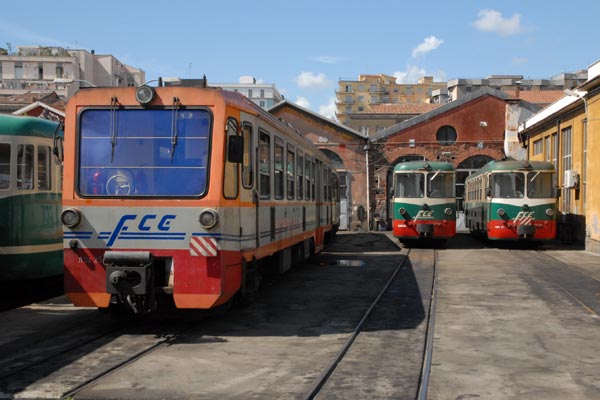 Caption - Catania Borgo depot - FCE Ferrovia Circumetnea ADE25 was built in the early 1990s and is similar to similar units operated by the FAL. ADE17 and ADE20 are the other two units present.