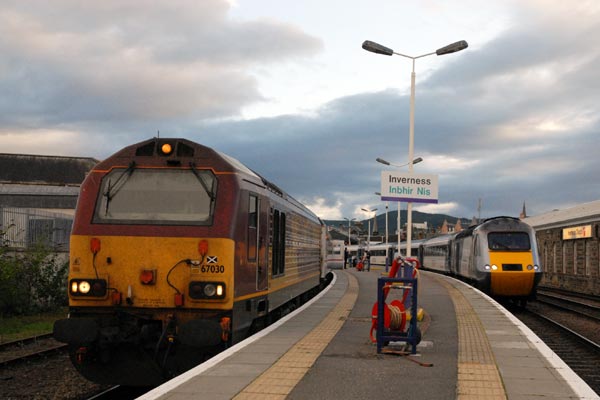 Caption - Inverness station - Class 67030 is ready to depart with the Caledonian Sleeper to London Euston. Alongside is an HST set which has just arrived from London Kings Cross with the "Royal Highlander". The HST will seen set back into the sidings for servicing prior to heading south the next morning.