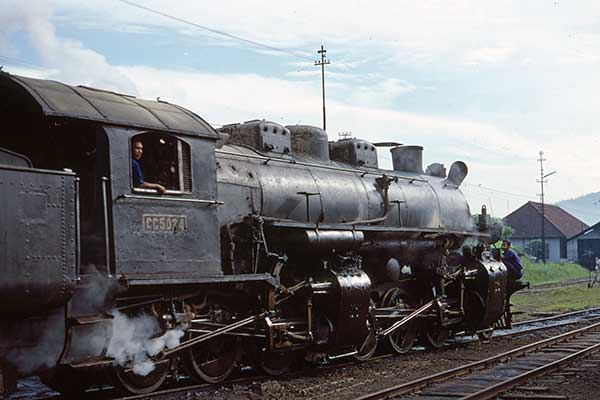 Caption - Mallets were complex machines and this shot shows the two bogies suspended beneath the large boiler. CC5024 is an oil fired loco and was originally built for traffic over the heavily graded mainline line south from Bandung in Java.