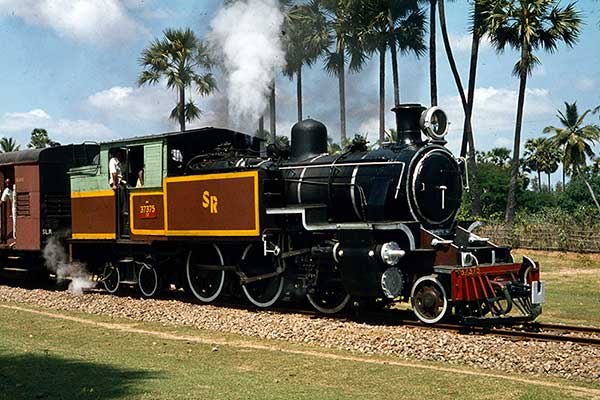 Caption - Southern Railway (India) metre gauge ST class 2-6-4T 37375 near Mayuram in 1978. Eighteen members of the ST class were built in 1938 and 1939. The first two were contructed by Nasmyth Wilson (UK) with the remaining 16 built by Skoda (Czechoslovakia). Designed for lightly laid branch lines, all but one of the class were based at Mayuram with Villipuram having a single example (1977 allocations).