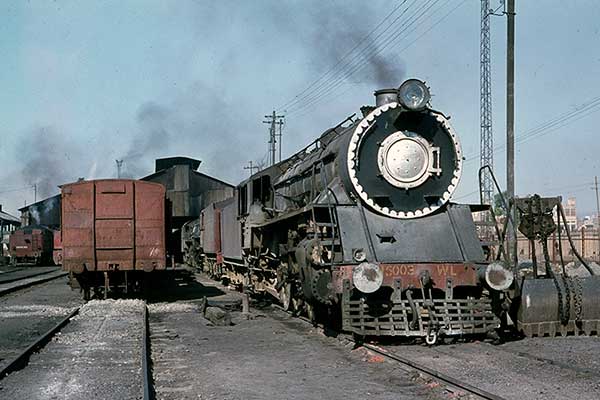 Caption - Indian Railways WL class light pacific 15003 is seen at an unknown location in late 1989. This is one of the first batch of the class built by Vulcan Foundry in the UK. Ten locos were ordered and delivered in 1955. Later a further 93 locos of the same design were built between 1966 and 1968 at the Chittaranjan Locomotive Works in India. Used almost exclusively on lighter laid branch lines they were rarely seen hauling freight.