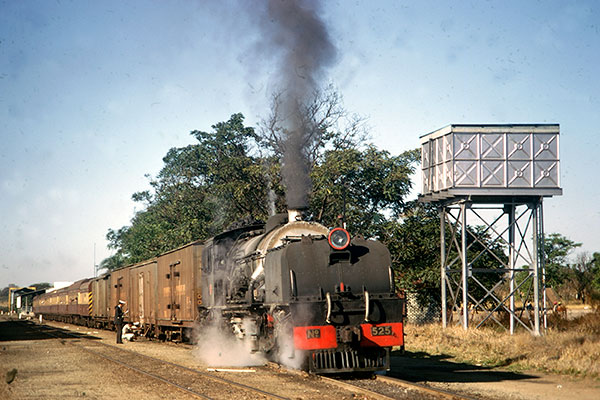 Caption - Rhodesia Railways 14A class 2-6-2 Garratt 525 preparing to depart from Fort Victoria in June 1975 with a substantial passenger train. The train would have returned along the branch back to Gwelo where the loco would be based. Eighteen of these locos were built by Beyer Peacock in 1953 and 1954. It was reported that these engines were very free-running and capable of 60 mph when given a chance. The class lasted until 1993 having received thorough rebuilds between 1980 and 1981.