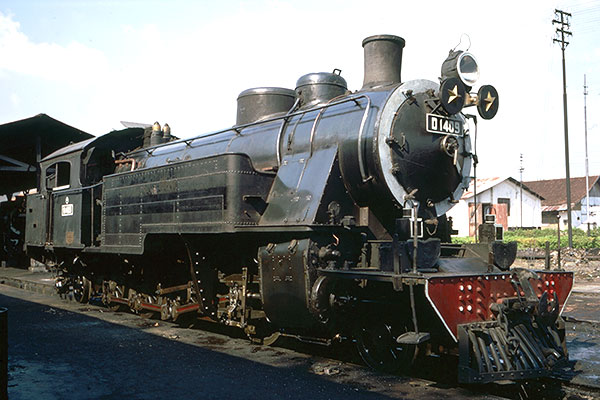 Caption - Indonesian Railways (PJKA) 3-foot 6-inch gauge 2-8-T D1409 is seen at Ciandur in August 1970. Twenty-four of these handsome locos were built in two batches. The first twelve including D1409 were built by Hanomag in 1921 with the remainder built by Werkspoor in 1922. A few lasted into the 1980s when they were used for shunting and local freights from Bogor, Cikampek and Cianjur.