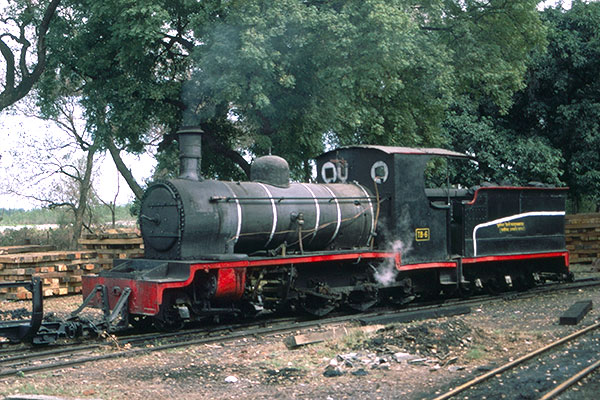 Caption - Clutterbuckganj Sleeper Depot near Bareilly in Northern India was home to a small 2-foot 6-inch gauge railway. Opened in 1954 by the North Eastern Railway, two Bagnall locos provided the motive power. The image shows 4-6-0 TB6 (2255/1924) shunting in the depot yard during 1988. The other loco was 4-4-0 TB4. Both locos were originally built for the Tezipore Balipara Light Railway which was later converted to metre gauge. TB6 is now plinthed outside the Izzatnagar Divisional Offices.