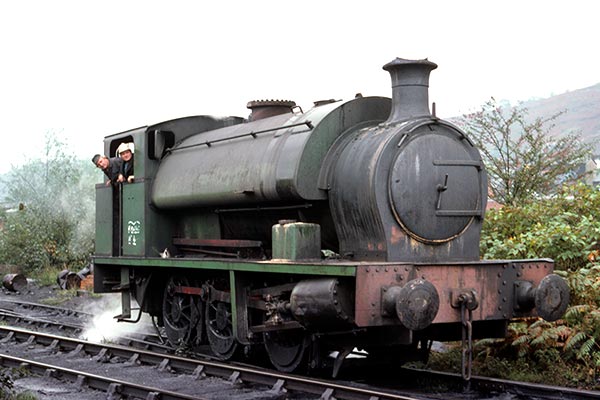 Caption - Mountain Ash Colliery was one of the last to use steam in South Wales. A visit in October 1976 saw two locos in steam including no.1 an 0-6-0ST built by Hudswell Clarke in 1955. By the end of the decade steam had gone. This type of loco had been typical of many hundreds that were used on industrial systems throughout the UK and most were simple in design and very rugged in construction.