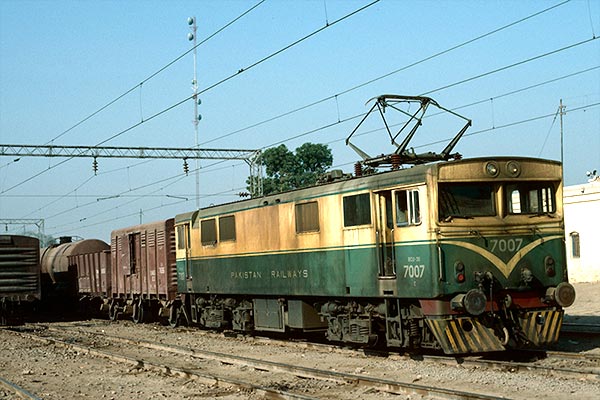 Caption - Pakistan Railways BCU30E class no.7007 is seen at Lahore ready to depart for Khanewal Junction with a mixed freight in February 1987. This class of 29 25 KV AC locos was built in 1966 by British Rail Traction and were rated at 3000 HP. Unlike most countries where electrification is a success and extended, this 290 km route gradually fell out of use and by 2011 the power had been switched off and the locos stored.