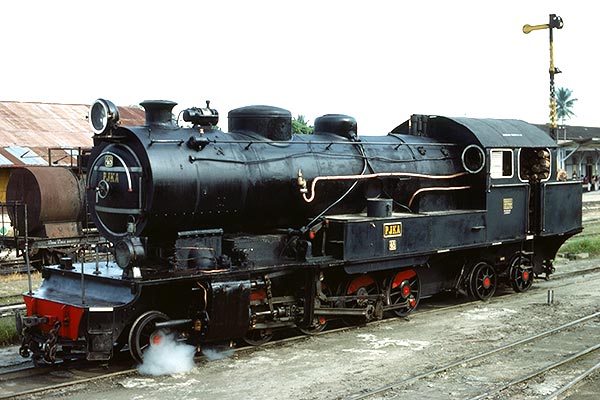 Caption - Indonesian Railways (PJKA) 3 foot 6 inch gauge wood burning 2-8-4T no.48 at Tebingtinggi (Sumatra) in September 1982. These handsome machines were still employed on freight and generally well maintained. The class was originally built by Werkspoor in the Netherlands in 1916.