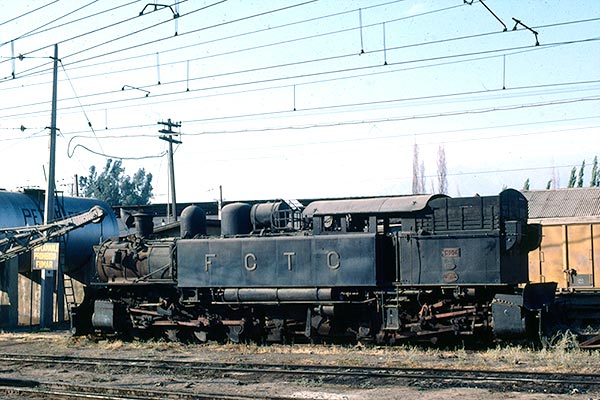 Caption - Metre gauge FCTC (Ferrocarril Transandino Chileno) 0-8-6-0T Kitson Meyer no 3349 is seen stored at Los Andes, Chile, 1977. Built by Kitson (4664/1909), this loco originally had Abt rack cylinders on the front bogie but this was removed quite early on due to the boiler being unable to produce enough steam. The loco, with its two classmates, continued to work on the line from Chile into Argentina which featured gradients of 1 in 12.5 until the early 1970s. Sister loco 3348 still exists with plans to restore it to working order.