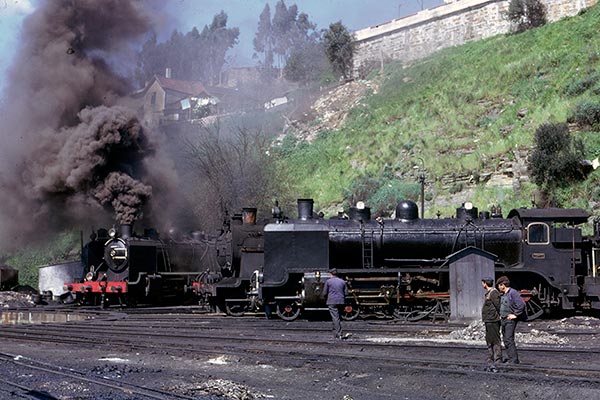 Caption - Portuguese Railways (CP) scene at Regua in the Douro Valley in November 1975. The depot served both metre and Iberian gauge locos with a mixed gauge turntable. Two of the Henschel built 4-6-0's are in view together with a least one of the 2-8-0's used for freight. This scene would disappear soon after with diesels replacing the Iberian gauge steam in the following year. Metre gauge steam serving the line to Chaves would continue for some time.