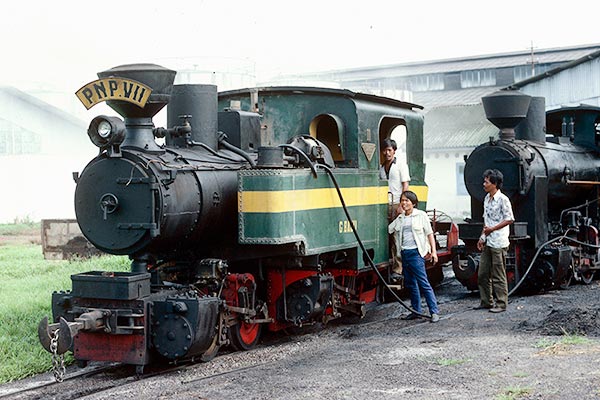 Caption - Bayu Gunung Palm Oil Estate on the island of Sumatra (Indonesia) had an extensive 700 mm gauge system. 0-4-4-0T Mallet no.11 is seen at Perlanaan where the estate had transfer facilities to the PNKA 3' 62 gauge mainline. Mallets such as this were very numerous on Sumatra and this example was built by Du Croo and Brauns in the Netherlands as their works number 317, which was produced in 1938. A further batch of six similar locos built in 1940 were the last Mallets D & B produced making their total output 61 Mallets.