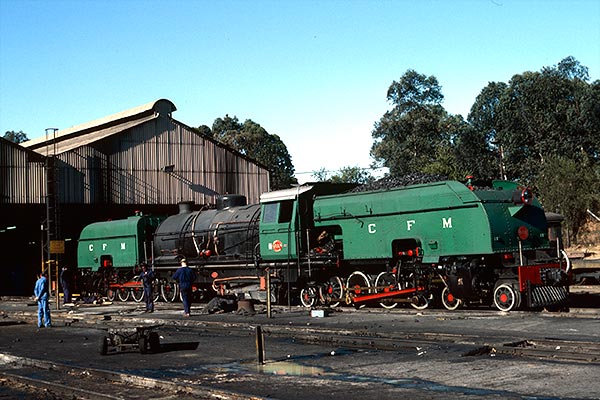 Caption - Mozambique Railways (CFM) 4-8-2+2-8-4 Garratt no.960 after refurbishment at the ZECO factory in Bulawayo (Zimbabwe) in August 1987. At this time ZECO was rebuilding Zimbabwe Garratts and this loco was funded by American aid. Originally built by Haine St Pierre in 1952 they were the first Garratts purchased new by CFM and the 10 locos of the class were allocated to the line from Beira to the Zimbabwean border.