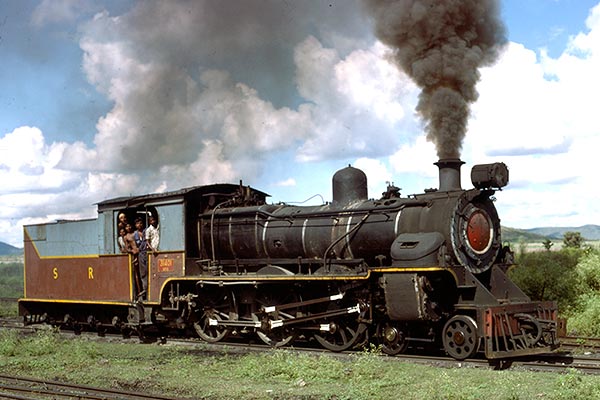 Caption - Southern Railway (India) metre gauge HPS class 4-6-0 no.31401 is seen at Shimoga Town in November 1979. Built by Hanomag (works number 10553) this loco was originally delivered to the Madras & Southern Mahratta Railway in 1927. 4-6-0's such as this were commonplace across Indian Railways and were rather handsome locos.