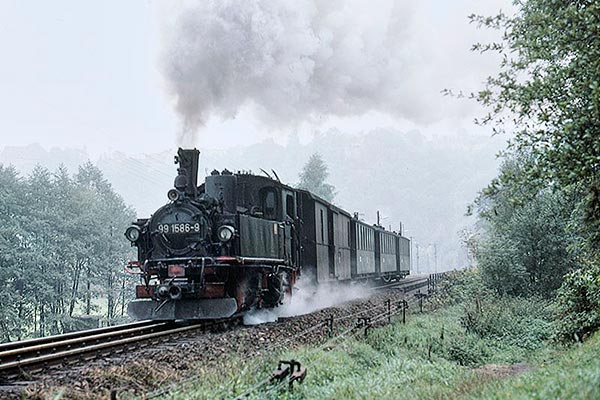 Caption - Deutsche Reichsbahn (DR) 750mm gauge Saxon-Mallet IV K 0-4-4-0T 99 1586-9 is seen shortly after leaving Wolkenstein with 0936 train to Johstadt in September 1976. The line followed the Pressnitz Valley with a section reinstated many years after the line was removed. and luckily was preserved. This loco was a member of the largest narrow class in Germany with 96 locos produced between 1892 and 1921.