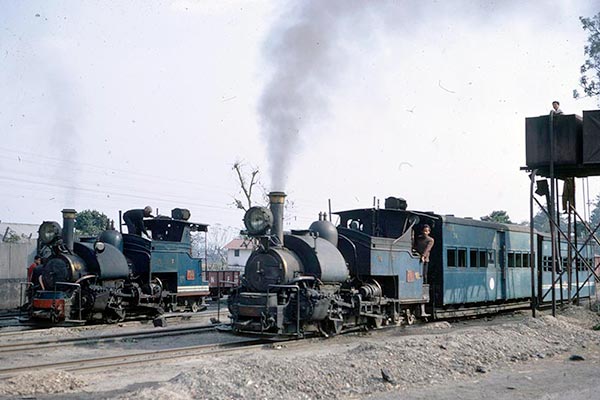 Caption - Darjeeling Himalayan B class 0-4-0ST's 781 (right) and 793 at Sukna in February 1968. They are busy splitting a train from Siliguri Junction or New Jalpaiguri into portions for the onward journey up the hill to Darjeeling. 781 (Sharp Stewart 4560 of 1899) was sold to Tipong Colliery soon after this image was taken. 793 still has its Baldwin builders plate (44912 of 1917) on the smokebox.

Image - HDR (High Dynamic Range) software has been used to produce this image from 3 or 5 bracketed exposures. The camera was mounted on a tripod. In simple terms, the software merges the images using correctly exposed sections of each image to produce the final photo. This produces a much higher dynamic range of tones which would be impossible to achieve using a conventional single image.