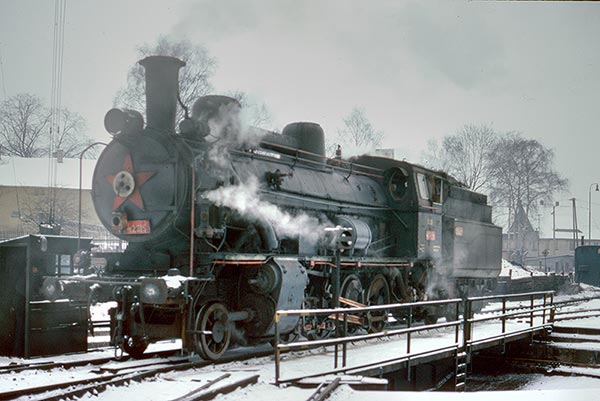 Caption - Czechoslovakian Railways (CKD) 2-8-0 434.2315 is seen on the turntable at Rumburk loco depot on a very cold day in February 1976. At this time, these locos were nearing the end of their long working lives. Originally built as two-cylinder compounds using saturated steam they were converted to simple expansion and superheated.