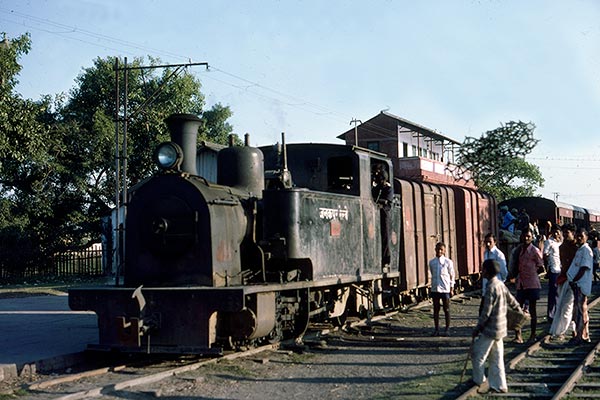 Caption - Nepal Government Railway train ready for departure at Jaynagar in India where it connected to the main Indian rail system. The 0-6-2T is No.7 'Shree Bishnu' which was built by Hunslet in 1949. At the time of the visit in December 1978 the 2 foot 6 inch gauge line was operating a semblance of a service. The loco shed had a collection of engines supposedly 'under repair' some of which had been waiting for maintenance so long they had become rusting hulks. The line closed in early 2014 for conversion to Broad Gauge and a through connection to Indian Railways.